Practically everyone I know is trying to cut back on their spending in one way or another.  Money is tight and finding areas to cut back on have been hard, so the other afternoon I sat at the dining table with a list of everything we pay every month and tried to work out what was essential and what we could do without.  It wasn’t easy, though I did find a few areas we could cut back on like subscriptions we didn’t need anymore, and I hate to say it, but charity donations too.

TV is a Major Monthly Expense

What I hadn’t realised until I saw it all written down in black and white was the amount of money that we pay out for our digital TV package.  I suppose it’s a bit like your bank, in the respect of you stick with what you know because you have been with them for years, but looking at the figures it was pretty obvious that something needed to change.  Now I am not the world’s greatest decision maker so when we originally subscribed to the TV package we opted for everything; movies, sports, the lot.  It seemed too much effort to chop and change what channels we did and didn’t want.  What an expensive decision that turned out to be.  So instead of sitting and brooding about it I decided to compare Sky Digital against other providers in the marketplace, and see if I could get a better deal.

I found a digital TV comparison site and pitched the major providers off against one another.  If this is something you have never considered doing, I highly recommend it, as you can find or tailor packages to meet the needs of your family and your viewing habits instead of having dozens of channels you will never watch.  Did we really need all of those sports channels?  No.  Did we need all of those movie channels?  Certainly not, with enough DVD’s in the house to start a lending library we had never once used the movie channels in all the time we had had them.

Using the comparison site I could easily compare Sky Digital against the others to see who would give me the best deal.  I discovered that I could subscribe to over four hundred channels if I chose to.  Who has the time to watch four hundred channels?  It turns out that I had been paying for channels that I didn’t even know I had!  With the decisions made all it took was a phone call to Sky to get them to alter my package into a more manageable amount of channels and a more comfortable amount for the bank balance.

There is Money to be Saved

There is a lot of money that can be saved by doing this simple exercise.  Just by using a simple online facility to compare Sky Digital against other companies I managed to reduce the amount we spend on the TV each month, not the broadband or anything else, though they have been cut back too.  I have managed to reduce our expenditure in this area by £40.00 a month, which is £480.00 a year which I think is an incredible saving. Try it and see what you can save too. 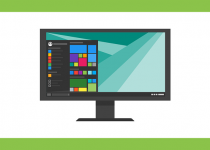