These days, regardless of which country you are in, whether it be Pakistan or West, it is extremely important for students to BYOD (Bring your own device) for classes. It used to be one or two people who had a smartphone, but now it is a lot less common to see students without a smartphone. There are plenty of useful apps that can be downloaded for free to a student’s phones to keep them organized and engaged. Applications that are popular and free include:

Dropbox: cloud sharing application where items can be uploaded or downloaded and shared – extremely useful for completing assignments and having them handy.

Evernote: take notes on your laptop and sync them to your smartphone.

Studyblue: flashcards for studying on the go.

Hopstop: a good app for students unfamiliar with the local area – helps them to travel on public transportation, find the cheapest gas station or find the shortest route between two points.

As a student, your budget is limited, but you want to be in the loop with the latest technology. A smartphone is an expensive device that can run as high as $500 when you are talking about the latest and greatest phones on the market. Apple’s iPhones are sought after by many, but are truly out of the price range of many students. These days a smartphone is a very real necessity but many student’s cannot afford them. Relax! We have found 10 mobile phones under the price of $200.00 and reviewed them for you here:

The Moto G Smartphone offers a 4.5” screen with 1280 x 720 LCD display. The 1.2 GH Quadcore Snapdragon 400 SoC has a 1Gb memory and is available with either 8 GB or 16 GB of storage. This phone has a 5 mega pixel camera and can shoot video in 720p. Of course, if you are looking for a camera or video option, you can purchase separate devices for a low cost that are capable of covering these functions. 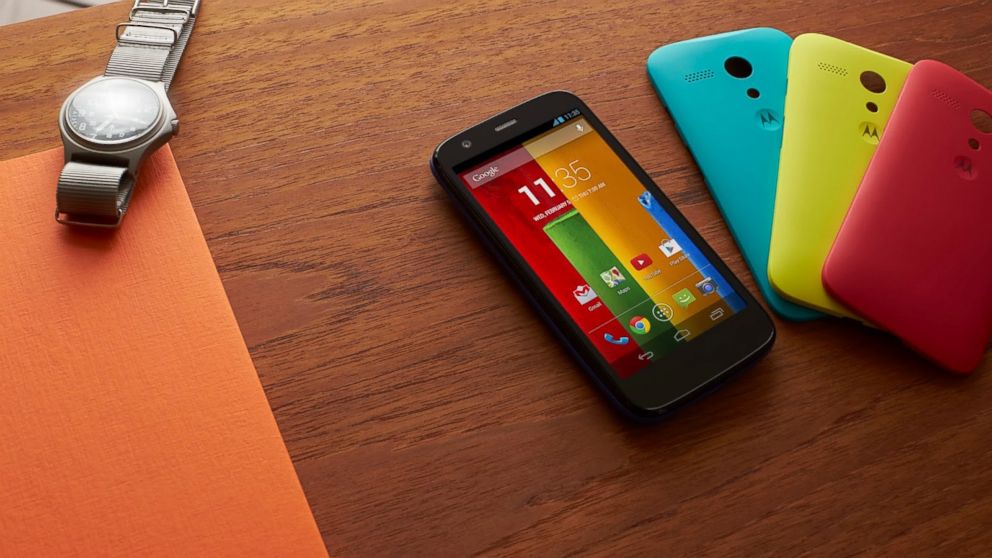 Nokia Lumia 620 is a windows phone so it is completely compatible with apps from the windows marketplace. It has a nice 3.8” display and a pretty good camera. It also has a dual core processor and offers some good functionality for this low price point. It is a good idea to review all of the options that Nokia offers before making a final decision. 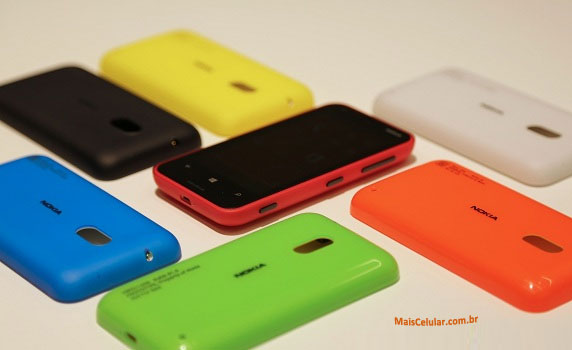 This android smartphone features a 3.5” screen with a display of 320 x 480 pixels. S-beam allows you to transfer files between phones simply by holding your phone up to another S-beam enabled phone. It has cloud service and a game hub. 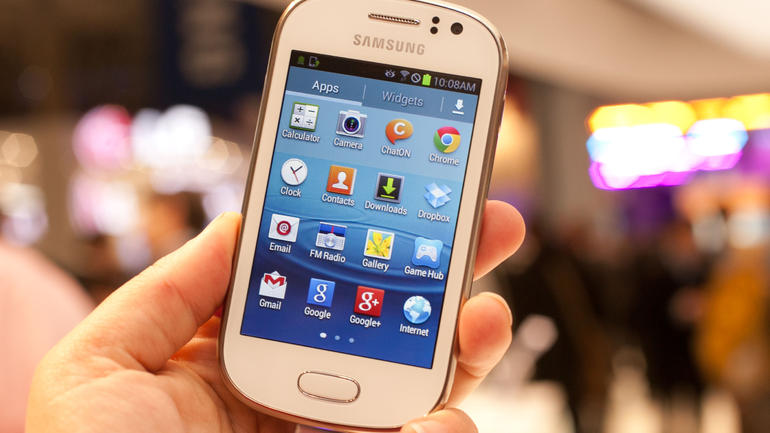 The Nokia Lumia 520 has a windows operating system with a 4” display. The 512 mb memory is not compatible with all apps and there is no camera flash. The dual core snapdragon S4 processor is pretty decent for the price point. There are some downsides to this phone, but it is a pretty good all-around phone for the price with a bigger screen than most phones and a good battery.

The LG Optimus L5 II features a 4” LCD Display with a 1 GHZ processor. It has 512 MB of Ram and a 5MP camera. There is 4 GB of storage in this Android 4.1. There is a dual SIM version available and it has a seemless layout with rounded corners. The 1700 MaH battery won’t leave you high and dry when you are in the middle of a phone call.

This is an entry level android 4.1 smartphone with a 3.8” IPS display. A second “guest” password can be created so that you allow friends to use your phone to look at your pictures or content of your choosing. The phone has a single core processor and a 3 mega pixel camera. If you are looking for a good phone under $200 this is it. 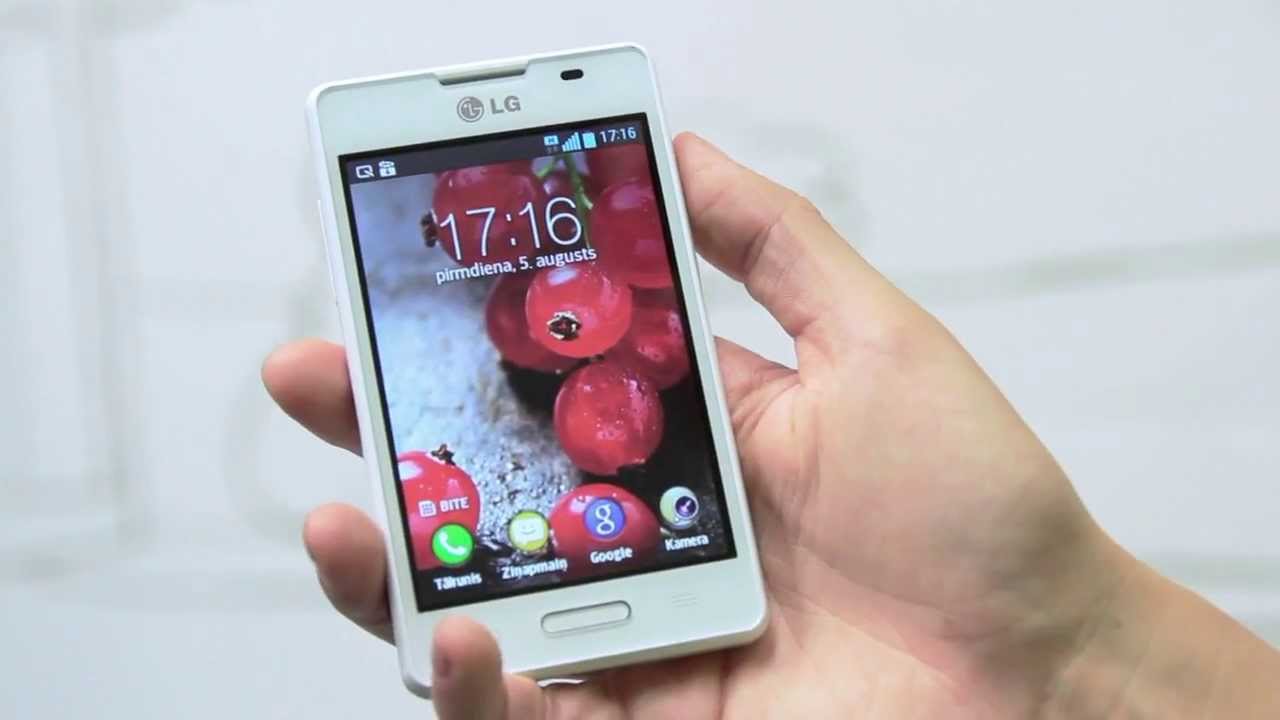 This basic smartphone has power management functionality so that you can control battery drain. There is a 1 GHZ single core processor and a camera. The Walkman app allows you to organize and play your music controlling it all with your device. The noise cancellation feature helps you to filter out background noise when you are trying to talk on the phone. This is a pretty good phone for a lower price point. 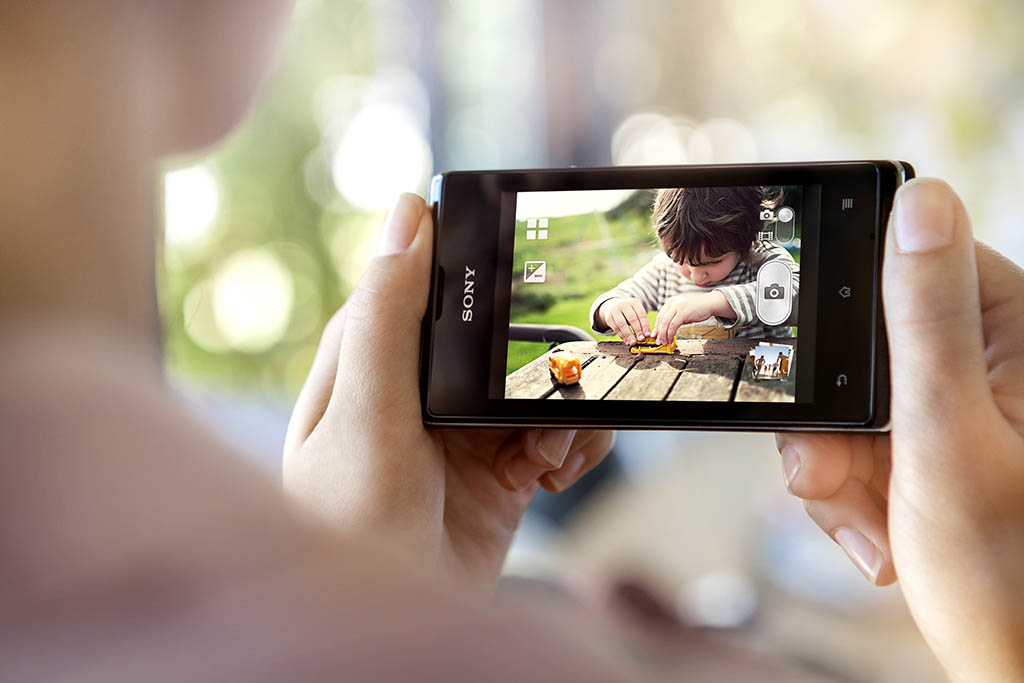 This dual SIM android smartphone features a 3.3” display and a 1 Ghz processor. It has an average quality 3.15 mega pixel camera and 4 GB of storage. A great little phone for a reasonable price. 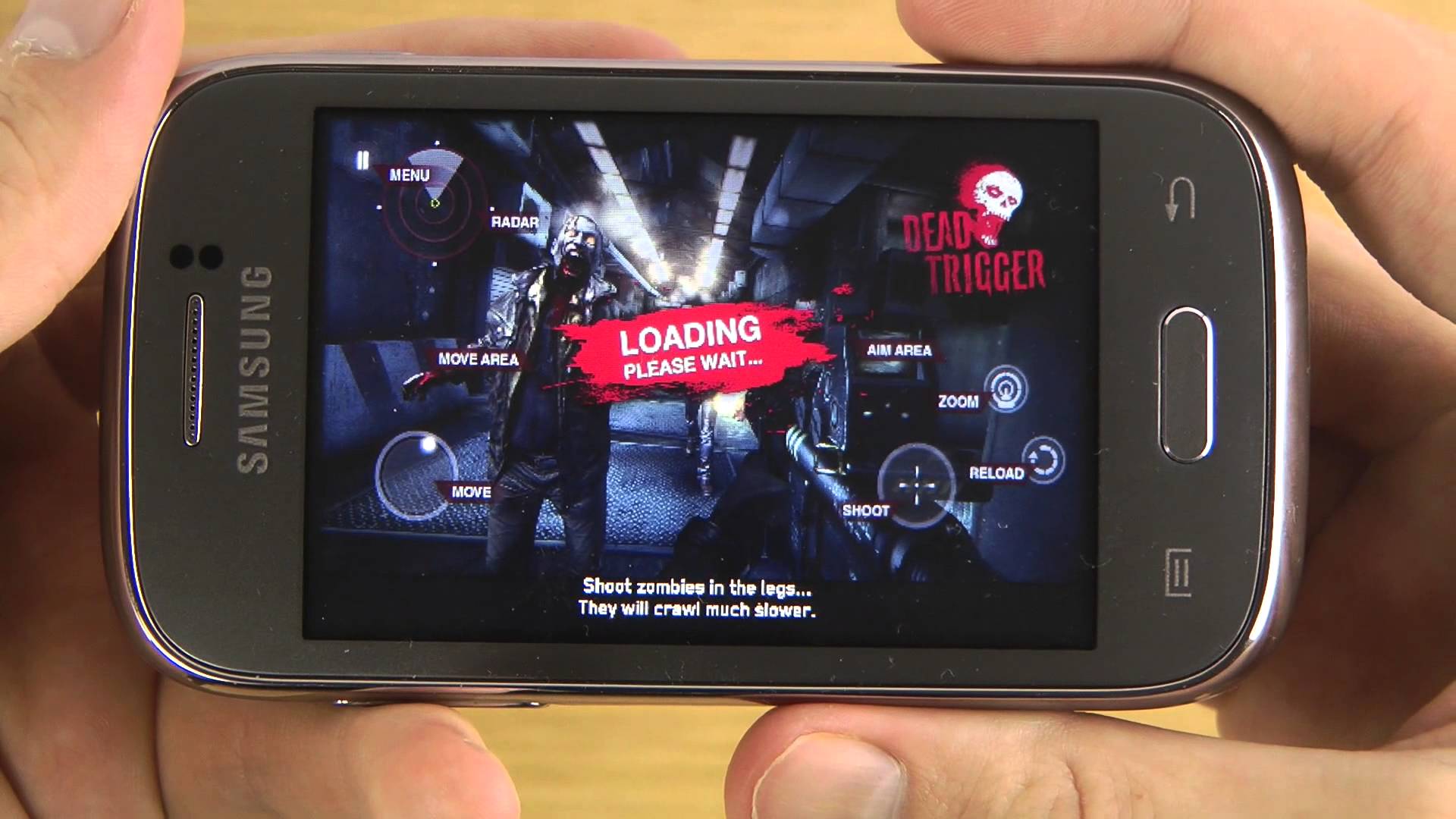 This phone features a single core processor and a 3.2” low resolution screen. You can access apps for Google Play. The back cover has a micro SD card slot at the top left and which can be removed without having to take out the battery. This SD card slot is handy for expanding the 4GB of internal memory. There is a power button at the top of one corner and 3.5 mm headphone slot on the other side. 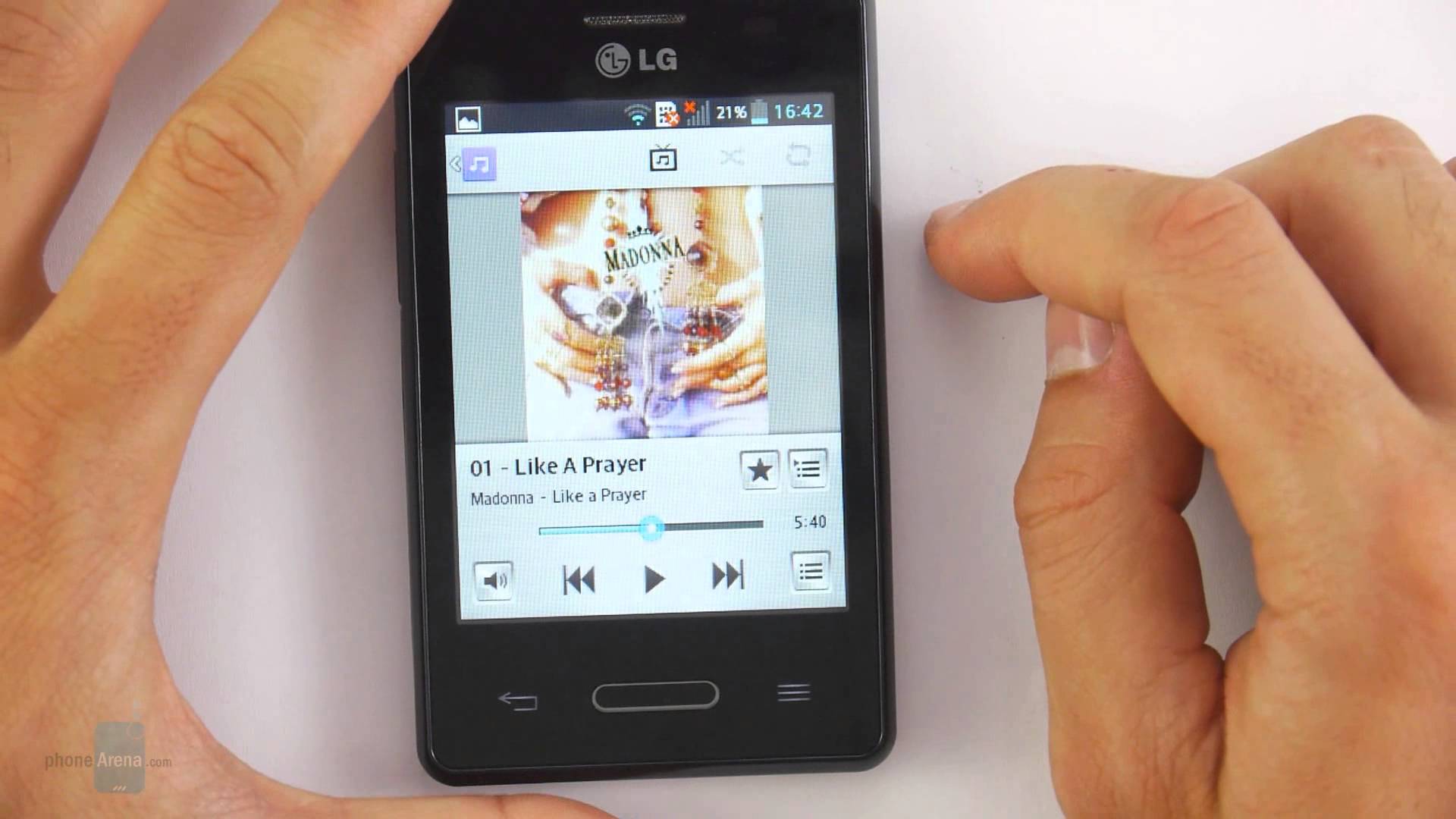 This is the cheapest Android Jelly Bean 4.1 has 512 MB of RAM, EDGE connectivity (lacks 3G) and a 3” touchscreen. There is a basic 2 megapixel camera with a 1 GHz processor and 4 GB of storage. As you start looking at phones in the lower price range, you start to sacrifice options.

The Huawei Ascend has 512 MB of RAM and features a 4 inch 480 x 800 pixel screen. The 4 GB internal memory is large enough for most and there is a dual core 1 GHz Snapdragon processor with a micros SD memory card slot. The manufacturer of this phone is a Chinese company that specializes in producing phones for a lot less money than the majority of their competition. The Huawei Ascend G330 offers amazing value for the money. It is a chunky phone with a glass front and plastic body. The phone has all of the appearance of a mid-range Android phone but does not have the top quality of its more expensive counter parts.

All of the phones that we reviewed in this low price range are extremely light and will fit in the palm of your hand. You are not getting a top quality smartphone when you go below $290, but for most students, the important part is having a phone that functions and is usable for a variety of tasks. You may be better off choosing a phone that has a couple of good quality functions like a good camera or access to decent apps instead of trying to find a phone that “has it all” for a cheap price. You are definitely going to sacrifice a few things in exchange for saving money, but that is the trade-off for paying a lot less money for a phone. The best part of buying a low cost smartphone is that it is paid off in advance and you won’t have to worry about monthly payments.

These days, students can use their smartphones in class as a useful learning assistance tool. Teachers are on board with this, and many recognize the importance and power of having such a good reference tool on hand. Teachers understand that the age of BYOD is upon us and textbooks may soon be a thing of the past. Shy students can come out of their shells more easily when they are confident and have a good tool to rely on. 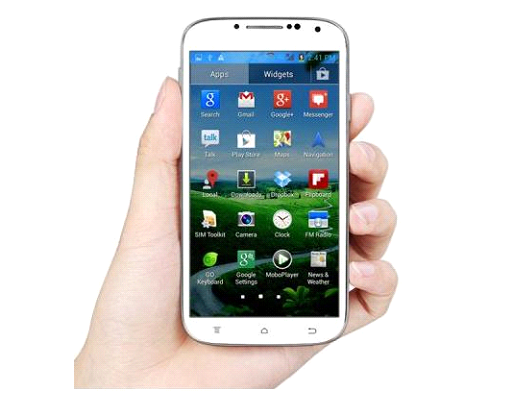