For the last decade-plus, the workplace hasn’t changed much in terms of computing technology. Most machines are still powered by Windows, with a noticeable minority running Apple’s Mac OS X. Chromebooks, though, are starting to build quite a following. These lightweight, cloud-based machines offer a number of advantages over traditional laptops, but most home users still prefer to have local storage available. One area that they are poised to take over, though, is the business world. Here are four reasons why. 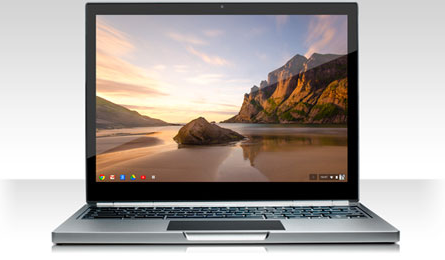 If there’s one thing that immediately stands out about a Chromebook, it’s just how versatile the machine is. Traditional laptops and desktops have slow boot times, have lots of parts that can fail or require servicing, and are generally more tortoise than hare.

On the other side of the spectrum is the Chromebook. There are a number of different models, but they all offer tremendous boot times – press the power button and you’re up and running within seconds. They’re also based on flash memory and have a more lightweight construction that leaves them less prone to breaking or failure over time. In short, they offer a versatility for workers in the field or in the office that traditional operating systems aren’t likely to catch up on.

One of the most beneficial side effects of Chromebooks being cloud based is that they don’t require cutting-edge processors or lots of storage in order to be efficient at office or other business-related work. There’s also no operating system to license, meaning that the machines can be sold for dirt cheap.

Although there are high-end models that come in at over $1,000, some models that are more than adequate are available for under $300. For companies providing employees with laptops, the cost savings that can be had for virtually no trade-off is bound to be tempting.

In earlier Chromebooks, the main complaint that everyone had was the software. It’s essentially just a web browser, with everything run from that sandbox. It could be a little nauseating, but the selection of apps available for the devices has grown substantially in the last couple of years.

The most popular software, such as office tools, is readily installed on the machines. Other apps that everyone eventually needs are now readily available for download. If you need a doc to PDF solution, for instance, it’s easy to acquire and use.

The cloud-based nature of Chromebooks had many users, both personal and business, shying away from them. At this point, though, there is Wi-Fi available at virtually every business. Even for business users who are on the go, the availability of Wi-Fi at hotels and restaurants is well-known, and there are always mobile networks to fall back on via hotspots or tethering in the rare case that that fails.

While some companies have started to embrace tablets in the workplace, the pitfalls of those devices become apparent quickly – no physical keyboard and a major lack of mouse support means that productivity is stifled compared to a laptop. Chromebooks avoid these pitfalls because, while they run a mobile OS, they still feature hardware keyboards and mouses.

To summarize, Chromebooks fit the needs of a business more than any device on the market. Their combination of affordability and functionality is making them an alluring option to companies. The transition won’t happen overnight, but in the near future there is going to be a noticeable amount of companies relying on Chromebooks for their day-to-day computing needs.

Jared Jaureguy is an independent technology consultant. He loves all things tech and staying up-to-date on all the latest news in the technology field. You can follow him @jaredjaureguy.