In an effort to reduce the amount of unwanted mail and catalogues distributed to people in the city of Berkeley, the Berkeley City Council is planning to move forward with an initiative much like the measure adopted in San Francisco that will stop automatic delivery of Yellow Pages telephone directories to all residences.

The ordinance passed in San Francisco was modeled after the ordinance put in place by the city of Seattle in 2010 and launched earlier this year. This ordinance was passed as a means of waste reduction and requires Yellow Pages Directory publishers to honor opt-out requests of those who do not wish to receive the books, although the Washington State law does not pertain to white pages directories. Seattle residents can stop delivery of Yellow Pages phone directories, junk mail and catalogs by simply registering at the Berkeley based non-profit CatalogChoice.org website, with over 30,000 already signing up. If the Yellow Pages publishers fail to honor opt out requests from Seattle residents and enough complaints are filed, they will undergo investigation and could receive penalties ranging from small fines up to suspension of their business license.

The city of San Francisco has taken things one step further, passing a measure in May 2011 that will go into effect next year requiring residents to opt-in if they choose to receive the Yellow Pages directories. The Berkeley City Council will begin to lobby for Alameda County to adopt a similar measure beginning Tuesday, Sept. 20, and if adopted Yellow Pages publishers could be fined $125 for each phone book delivered to those who opted out from home delivery and choose to file a complaint.

In Berkeley, roughly half of the phone directories distributed, totaling around 50,000, are never opened and are immediately placed in recycling bins. This equates to thousands of tons of wasted paper each year for Berkeley alone and not all of the books are being recycled. Junk mail across the country accounts for over 100 billion pieces of mail each year with over 60 percent not being recycled.

Many are saying that the majority of people no longer use the Yellow Pages, instead using Internet directories to locate business phone numbers. They are calling the books “dead, dying and done” according to numerous blog posts. For the younger generation this is true, with many young people using online directories and never opening the phone book although AT&T spokesman John Britton says that around 3 billion number searches are still performed each year using the Yellow Pages books.

Phone book publishers have filed a law suit against the city of Seattle claiming violation of the publishing industry’s First Amendment rights and in San Francisco are working to block the ordinance passed by San Francisco Mayor Ed Lee this past May.

The measure is part of an overall goal to reduce the massive volume of unsolicited mail in the U.S., also helping to reduce recycling costs which in San Francisco could total a whopping $1 million per year. 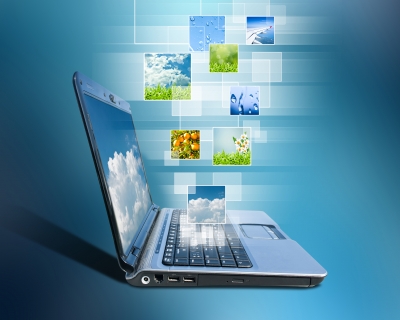