Bullying has existed in one form or another throughout human history. Nations have bullied other nations. The best example of a bullied victim would likely be the nation of Israel, which was oppressed by the Egyptians, Assyrians, Babylonians, Persians and Romans. Also, just in case you forget, it was during the 1940s when Nazi leader Adolf Hitler “bullied” the Jewish race and wanted to wipe them out from the face of the Earth.

In the animal kingdom, the alpha males lead the pack. University of California, Davis researcher Adrienne Nishina believes that bullying may be part of evolution. And indeed, bullying continues to evolve. Bullies are no longer just found inside classrooms and among warring countries; they also lurk in cyberspace. 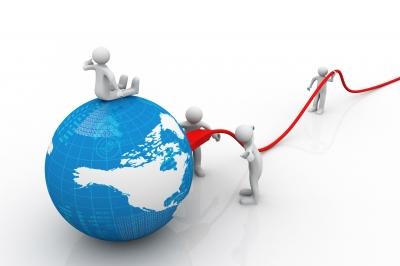 Internet trolling is a form of cyber bullying.

For the sake of those who rarely surf the web, “troll” is an Internet slang term for someone who seeks out people online usually for the purpose of embarrassing them or provoking negative emotional responses by posting messages in blog and social media posts, chatrooms, or forums that are often inflammatory, extraneous, or off-topic. Some people actually think that trolling is an art form, because one can be a troll without being evil. Trolling is slowly becoming synonymous with cyber bullying because the ability to mask one’s identity behind a computer or handheld device enables trolls to say pretty much whatever they want.

Some trolls are just annoying, while others are out to really make people feel miserable. Juvenile trolls post replies of less than three syllables just to wind someone up because they think it’s funny. Grammar Nazis will lecture you about spelling and usage. Flooders will post the same comment or content multiple times just for the heck of it. Flamers are trolls who will always post something just for the sake of strongly disagreeing with any comment they see. Screamers will post expletives and hurl abuse at others using capital letters. Sharers aka trolls who violate Terms of Use will try to find your personal information (like your name, email address and physical address) and post it on message boards if you happen to anger him/her. This may happen if you defend someone else from being cyber bullied.

The worst type of troll would be the stalker and blackmailer. The case of Amanda Todd, a 15-year-old Canadian girl who committed suicide after a stalker posted topless photos of her, which resulted in more real life and cyber bullying against the teen, showed that something must be done to make sure that Internet abuse does not cause tragic deaths. Victims of face-to-face bullying can report bullies to school authorities, work supervisors, or call anti-bullying 1 800 numbers; but what about those targeted by trolls and cyber bullies?

Don’t be a victim of trolling.

Because it could take years before deplorable online behavior like mocking the death of teenagers is prosecuted, prevention is better than the cure. While tougher laws against Internet abuse have not yet been enacted, it is up to you to protect yourself from cyber abusers. Sites promote the right to free speech, but what is legal is not always ethical.

In the zoo, you are not allowed to feed the animals. Online, you should not feed the trolls. Trolls, much like traditional bullies, crave attention – don’t give it to them. Ignore them as much as possible, because responding to them – even with the best possible comeback – will only fuel the fire. Most trolls get bored easily if they are ignored. They will move on to other posts or sites to stalk their prey. If everyone keeps ignoring them, the chances of them rolling over and dying increase.

Block and report abusive Internet users. If someone is no longer just an annoyance and starts harassing you, block him/her and report the troll to the site administrators. Report physical threats to the police. If the troll still persists in the abusive behavior, use social and traditional media channels to increase the pressure.

Be careful when sharing content. If you are launching tribute sites, carefully screen people who are requesting to join it. Immediately delete any abusive messages and kick out trolls. Likewise, do not share malicious content. Trash content belongs underground. Lastly, don’t be a troll. You can disagree or express your opinion without being obnoxious. Remember: with anonymity comes great responsibility. 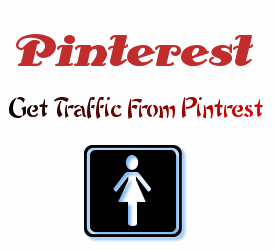