In the same way that employers are prevented form making decisions about whether or not to employ people based upon information that they have put on their personal social media profiles, debt collectors too are being threatened with losing their consumer credit licenses if they use resources such as Facebook, Google+ and twitter to track down debt holders or to use social media to publish information about them in an attempt to shame them into repaying their loans and outstanding credit.

The Office of Fair Trading is concerned that credit recovery agencies are using social media to track down people who, for whatever reason, have defaulted on loans and credit agreements. These agencies are then contacting debtors or revealing potentially embarrassing information about them and their financial difficulties online. Having been made aware of the problem by people who hold personal debts that these practices were being used by some agencies the OFT said it would take away licenses previously awarded as this strategy falls outside the guidelines of what is reasonable when approaching defaulting clients.

If you have a debt problem you still have a right to privacy and an expectation that your credit problems won’t be divulged to any third parties, this being so, posting reminders on Facebook and twitter accounts contravenes these rules and is therefore unethical. The Consumer Credit Counselling Service (CCCS) has said that: “Many people who have debts are understandably anxious to keep their debt problems private… The possibility of being contacted by debt collectors on Twitter or Facebook causes serious worry.”

David Fisher of the OFT’s consumer credit department said that: “in the present economic climate, with many people in financial difficulties, it is crucial people are treated fairly by agencies recovering their debts.” The particular concern is the public nature of social media where any-one, including friends and family, might be able to stumble over the information which should be kept private between the loan company or their agents, and the person responsible for the debt.

The OFT is introducing new guidelines which outline what is and isn’t acceptable in terms of using social media to communicate with people who owe money. They say that posting information on people’s walls is akin to putting a postcard through the door or leaving an answerphone message which could be heard by other members of the household. This being “unfair and improper as it effectively makes private correspondence public. This causes stress and embarrassment to the debt holder.”

The OFT said that while it had only received a handful of complaints so far, it was a worrying trend and that in order to prevent it from becoming a much larger problem, it was reviewing its guidelines in order to ‘future-proof’ their guidance. The guidance now says that there should be no “undue pressure” from debt collection agencies and that “posting messages on social networking sites in a way that might reveal that a person is being pursued for the repayment of a debt” is not acceptable. 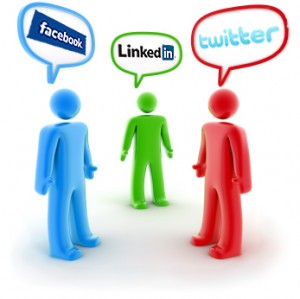