Social media marketing is trickier than it sounds. If you’re a community manager for a major brand, you probably get comments from your friends like, “You’re so lucky you get to just sit around on Facebook all day!” Yeah. . . Cause that’s really all we do.

In reality, community managers are saddled with countless responsibilities and must wear many hats throughout their days. To run a successful social media account for a big brand you must have advanced knowledge of marketing, creative writing, analytics, tracking, and customer service. One typo, or poorly executed status update can incite a social media mob attack against your brand. If anything you post is even slightly offensive, you’ll have a PR nightmare on your hands. People on the Internet are basically just waiting for a reason to go completely apesh** on someone.

Community managers must do many things simultaneously: funny, never offensive, not sound too corporate, not sound too loosey-goosey and finally build a community around your brand. Social media marketers also have to constantly stay plugged in, searching for “the next big thing” that will come along, and making sure that their company will be on the forefront of all major social networks, before everyone and their grandma hops on board and they become passe.

With that in mind, here are four big name brands who are ironically staying ahead of the competition by looking back, and adopting an oldie-but-goodie social network that others have overlooked—Myspace err the “new” Myspace to be exact.

Myspace and Gucci recently partnered up to help promote Gucci’s new Sync Watch. The Gucci Synch Myspace page features a stream of photos of young, hip, trendsetters rocking out to their favorite bands while wearing the Gucci watch. The brand’s page fully embraces the music-centric nature of the new Myspace with tons of mixes, and photos of people listening to music while wearing the Gucci watches.

One of the most popular background check sites on the Internet, Instant Checkmate, does a great job at tailoring their content to the specifications of each platform they use. On Pinterest they create visually-stimulating boards of mugshots, and arrest photos. On Instant Checkmate’s Myspace page, the company gets creative with a “prison song” mix. By creating content that is compatible with their brand, and appropriate for the platform they’re using, Instant Checkmate can make the most out of each social media account to maximize user engagement.

Chevrolet’s Myspace page proves that you don’t have to be a music or art-oriented brand to be successful on this social networking platform. To bridge the gap between the two organizations, Chevrolet smartly signed on to sponsor a three-day Myspace music event called “secret shows” during South by Southwest. In exchange for sponsoring the new Myspace’s event, Chevy’s ads were splashed all over the new Myspace. Win/win.

Like all the other successful brands on Myspace, Bud Light’s Myspace features a ton of mixes, and content that creatively blends their brand’s image with a music-centered theme. For this partnership, Bud Light launched an entire “Music First” campaign. On August,1,2013, Bud Light kicked off a series of live music events, putting on a concert in each state on a single day called “Bud Light’s 50/50/1.”

So far, major brands have mostly shunned the new Myspace. Even huge companies like Pepsi, Virgin America, and Coca-Cola either don’t have profiles, or they have skeleton pages with zero updates (I don’t know which is worse). Perhaps once the new Myspace picks up some steam and starts to achieve true popularity among the masses again, more and more brands will climb aboard. Right now, the four major brands outlined above are at the forefront of what could be the first social media resurrection in Internet history.

Jason Miller is a community manager and blogger from Los Angeles, CA. He has done social media marketing consulting for small businesses for the last 3 years. He has been covering Myspace ever since Justin Timberlake promised to bring sexy back to the struggling social network. 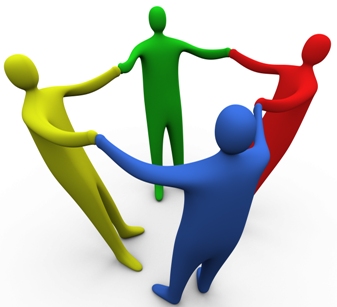 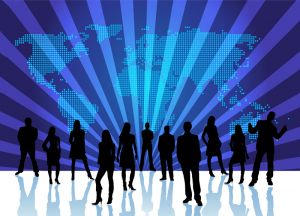