For many it is considered the dream job; to become a pit crew member to their favorite NASCAR Sprint Cup driver.  Jumping over the barrier wall, changing tires, jacking the car up or refueling the tank and getting out of the way in order for the driver to get back into the race and hopefully ride into Victory Lane.  The pit crew makes their jobs look easy because they are the cream of the crop in what they do. 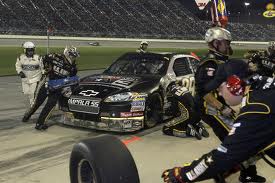 A pit crew consists of several members.  There is an engineer, car chief, crew chief, tire carriers, tire changers, gasman, support crew and an extra man.  All of these members work together like a well-oiled engine.   They all must be detailed oriented, reliable, trustworthy and at their top physical and mental condition.  Each member has a specific job to do.  Without each other, the entire race team would not function.

The members of the pit crew most are familiar with are the 6 members that cross the wall barrier when the car comes in for a pit stop; tire carriers, tire changers, jackman and gasman.  These members normally have served their time on a race team as mechanics or other support functions and have worked hard to earn these positions.  Here is an idea of what each of the 6 pit crew members are responsible for on race day:

The jackman is responsible for carrying a 20 pound jack from one side of the car to the other.  They must quickly jack the car up in order for the tire changers to do their jobs.  The jackman must be strong, fast and have some weight and size to them in order to do their job.

The gasman fills the car with fuel.  This person must be tall and strong to hold the gas can up straight and tall while increasing the pressure against the car.  The ability of the gasman to hold the fuel can properly makes the difference on how fast the car fills with fuel.

According to allpro to be successful, all six of these team members must complete their job duties in 12 seconds or less during each pit stop.  Each of them relies on the others to efficiently do their jobs in order for the race car to be in and out of the pit in record time.  The ability to do this can make the difference between a race team winning or losing.

Salaries for the pit crew members are not made public.  According to several resources, such as the Bureau of Labor Statistics, Salary Experts, Job Monkey and Inside Jobs, salaries for pit crew members are based upon the geographical locations of the team shop and upon the performance of the race team.  Top teams will pay higher salaries for top pit crew members.  Salaries should be based on similar professions in automobile shops and whether or not the person has a certification or a college degree.  All resources agree the six over the wall crew members should earn salaries of $30,000 to $90,000 annually.  Teams with below average wins will earn $30,000 to $50,000 while teams with higher winnings will earn $60,000 to $90,000.   Pit crew members will also earn bonuses based on team performance and race winnings. 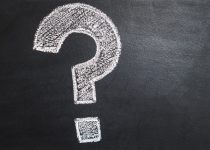