Becoming a manager for the very first time can be a very scary step in your career. Even if you have been at the company for a while and are being promoted to a managerial position, having all the extra responsibilities and now being in charge of some of your former coworkers can bring about some huge changes. In actual fact, you may even realize that you don’t really like being a manager once you actually become one!

Thankfully, though, there are plenty of ways you can settle into your new role. And these following useful tips can help you!

It’s a good idea to prepare well for being a manager before you do indeed become one. If you have your heart set on a managerial role, then you might want to take an operations management degree online while you are still in a graduate or entry-level position. This will give you a good basic understanding of everything you need in the managerial world. It’s also a good idea to get some supervising experience under your belt as well. This will help you adjust to a role in which you are responsible for other people.

Understand It Is A Completely New Job

If you get promoted to a position in management, you might be forgiven for thinking you are going to have the same job, just with a few more responsibilities thrown in. But that really isn’t the case. You need to treat your promotion as a completely new job that you now need to master. Use the skills that helped you earn the promotion to make a success of this new management position.

Once you do become a manager, you might be tempted to start micromanaging those who you are responsible for. But that really isn’t a good idea. It can leave employees feeling like you don’t trust them, and they might also feel like they are always being watched. You need to take a step back and let all your team get on with their work on their own. Not only will this give your team back their independence, but it will also free up your own time so that you can concentrate on your own tasks and jobs.

What most new managers forget is that they are now a boss first and a friend second. Even though this might change the relationship between you and some of your former co-workers, it is important that you stick to being a boss as your number one job. If you let your feelings get in the way of your new role, it could prevent you from doing your job properly and you might even make the wrong call when faced with a difficult decision.

Becoming a new manager isn’t always easy, but these tips should help you make the transition with ease.

Can you think of any other tips that all new managers might need? Let me know in the comments below! 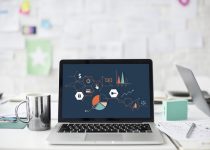