Moving A Company Abroad Has Never Been Easier

Only a few years ago, the thought of relocating a company from one country to another would have seemed like the stuff of fantasy, but these days there is a growth in the popularity of doing just that. There have been several instances in recent times of business organisations simply upping sticks and heading for pastures new, and it’s a trend that many experts are forecasting will continue for many decades to come.

Cross-border business has been a factor for many years in the USA, which has witnessed the relocation of many companies either to or from Canada, for example, but this is perhaps not so surprising when you consider the similarities in culture and of course the shared language. The same can be said of Australia and New Zealand, because although they are separated by the sea they too share many similarities.

Perhaps the most noticeable shift has been occurring in Europe, a continent that contains many disparate cultures and a plethora of autonomous languages. At one time it would have been inconceivable that companies would simply move from eastern Germany, for example, to simply establish an operation in northern Italy, but it has happened in the past and will almost certainly continue to do so in the future as well.

In the past decade, several organisations have moved away from the United Kingdom in order to establish operations in Spain. The recession in recent years hasn’t been kind to either country, of course, so this mini exodus may slow down a little for a while, but there’s no obvious reason why it shouldn’t continue in some form or another for the next few decades. There are many advantages to making the move.

One of the more obvious benefits is transport. If a UK company is mainly dealing in the continental market it will have to bear the cost of constant travel across the English Channel, and this can prove immensely expensive over the course of a year. Whether they choose to travel on the sea by ferry or underneath it by tunnel, it isn’t ever a cheap operation. Moving to the other side of la Manche, as it’s known in France, can save a small fortune in no time.

As a result of the wonderful climate and the relatively slow pace of life, there is already a large British community in various parts of Spain nowadays. Therefore, in many areas it doesn’t necessarily feel as though the ex-pats are completely isolated. So for company owners and directors, and any staff members who also make the move, it doesn’t come as a complete culture shock when they start to settle in.

There are several agencies both in the UK and in Spain which can help business organisations to make a smooth transition. They can arrange for viewing of suitable commercial properties, for example, and can advise on the best ways to assimilate into the local lifestyle. These days, we really are living in a global village. 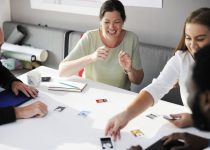